Nowdays, pollution and waste levels are increasing rapidly. How does this effect ordinary people? What steps can be taken to overcome this problem?

Now days, pollution and waste levels are increasing rapidly. How does this affect ordinary people? What steps can be taken to overcome this problem? 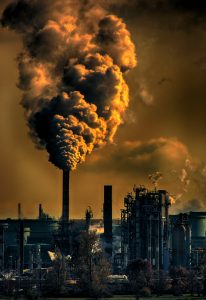 Pollution levels around the world have been increasing at exponential rates. I argue that this trend affects the physical health of ordinary people and the future of the natural resources these people need to survive. To combat these issues, the solutions of government intervention and conscientious product buying will be analyzed for viability in this essay.

Firstly, to address the physical health problems people experience as a result of high pollution levels, it is argued that governments should work towards educating people about the role they play in the well-being of the natural world. For example, the Emirates used to have the highest rate of garbage production per capital on the globe. But after initiating a compulsory education program in all high schools across the country, this rubbish to person ratio was reduced significantly. Thus, it can be concluded from this example that education plays a very clear role in the fight against worldwide pollution.

Further, to encourage the preservation of natural resources, people should take it upon themselves to avoid buying products known to be environmentally harmful. For instance, in the United States, it has become trendy for people to buy hybrid cars as opposed to petrol guzzling vehicles, such as Cadillac Escalade. The conscious purchasing decisions these people are making are clearly having results, as the American contribution to global warming is not swelling at nearly the rate it once was. Thus, promoting smart consumer choices is obviously an excellent strategy for combating issues related to pollution.

Following this look at the causes and potential solutions to the challenges associated with global contamination, it is felt that with a united effort humanity will be able to overcome this hurdle. I thus hope the solutions suggested in this essay are adopted the world over.