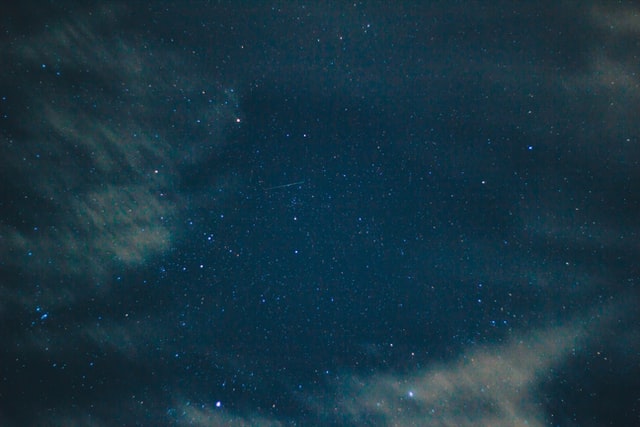 Well, the sky, also sometimes called a celestial dome is everything that lies above the surface of the Earth, including the atmosphere and outer space. I love gazing at the sky which helps me feel free from the worldly worries and looking at the sky makes me feel lost in an imaginative world which is quite relaxing to do sometimes. Here I will talk about a time when I admired the beauty of the sky for the first time and enjoyed it thoroughly.

When I was in grade nine, I went to Jaipur with my family for a holiday in the month of November. It was a 4-day trip and on our first night in Jaipur we booked a desert safari through our hotel. The guide came to pick us up in a 4X4, Land cruiser at 6:30 pm and after sand dune bashing and camel ride, he left us at the camp somewhere amid Thar desert where we were supposed to enjoy activities like belly dance, Rajasthani dance, puppet show and a lip-smacking traditional Rajasthani dinner. He left us at the camp at 8 pm but the shows were to start at 8:30 pm. My mother and father decided to sit and take a rest at the camp and reserve front seats near the stage for us all but me and my brother went outside the camp to explore the desert. After walking up onto a huge sand dune, we just laid down there to enjoy the scenic beauty. We started gazing at the sky and the stars were shining and twinkling so brightly, probably because we were far away from the hustle and bustle of the city. I had never seen such a clear view of the sky in my life before that. While lying there we kept talking to each other and made several plans about the trip. I saw many shooting stars and I made a wish upon one of them to pass my ninth grade exams with flying colours. I saw the Pole star and 2 constellations named Orion and Ursa Major that I studied about in Science class in eighth grade. After a while, I noticed a plane passing above us in the sky which had flashing green and blue lights. Moreover, it was a full moon night and that night had a good visibility because of the moon light. My eyes felt a soothing sensation while looking at the sky and I felt as if I was floating in the Cosmos. It was a dreamy experience and we both enjoyed those twenty minutes immensely. Then we were called by our parents and we left for the camp.

So this was a time I remember, when I stared at the sky and enjoyed it a lot.