Do you feel the money governments spend to protect the environment would be better used elsewhere?

Do you feel the money governments spend to protect the environment would be better used elsewhere? 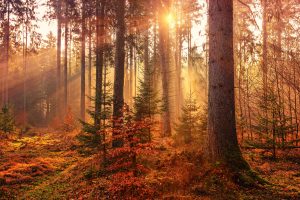 Governments allover the world  typically allocate a portion of their spending to preserving the environment of their respective countries. There are reasons to support and refute this practice. Using examples from my country, I will discuss both positions before declaring a personal stance.

Firstly, government-funded protection of a country’s environment is beneficial for many reasons. For example, in my country, the Canadian government has spent a tremendous amount of money to ensure large swathes of land, such as Algonquin

Park in Ontario, are inaccessible to resource-hungry companies and city sprawl. This policy is important because it not only ensures the natural beauty and wildlife of Canada are maintained for future generations, but it also preserves Canadian identity, which is tied closely to the vastness and untainted nature of the land. Because such values are common among most countries, it is clear why many people the world over support government-funded protection of the environment.

However, despite these benefits, reallocating such funding to other needs has undeniable merit. In Canada, for example, preserving the integrity of the environment seems somewhat hypocritical when so many First Nations peoples, who have been historically driven off the land, are in need of resources that allow them to preserve and pass on their languages and cultures to their descendants. Similar needs can be seen among the native populations of other nations formed out of the colonial period, such as the United States and Australia. Thus, it is clear that for select countries, government funding may be better channeled to the preservation of not only the land but also its indigenous peoples.

Following this examination, I support the government-funded preservation of a country’s environment, but I strongly feel this funding should also be directed to promoting the health of other aboriginal facets, namely the cultures and languages of a nation’s indigenous peoples. This is a much more holistic approach to environmental preservation, and I hope to see it adopted by countries around the world.