News stories on TV and in newspapers are very often accompanied by pictures. Some people say that these pictures are more effective than words. What is your opinion about this?

News stories on TV and in newspapers are very often accompanied by pictures. Some people say that these pictures are more effective than words. What is your opinion about this? 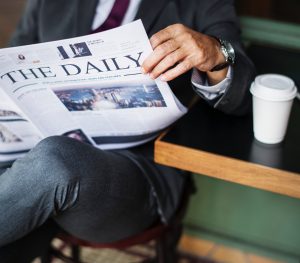 Now days news reports are published with images. Many people argue that publishing newscast with images is most effective than its context. I believe with this statement and will first discuss how photographs help to engage the audience and then talk about how photos beautify the reports.

The primary reason why the images are important is because images capture more public attention to watch reports. This is to say that a picture says a thousand words and realistic nature of news gains more audience. As a result, viewership of a news channel increases as watching reports on television becomes more interesting. A recent study by MIT revealed that displaying relevant news videos during news shows results in a 60% increase in viewership. Thus, it is clearly evident that why including news clips is an important aspect.
Another primary reason why photos are prominent is that fact that to display the news article aesthetically good. This is because pictures in news reports help to sort and distinguish between different articles. As a result, readability of a newspaper increases and its readers are focused to read articles in which they are interested. For example, newspapers published in the early 20th century did not include any images and therefore they were very dull and did not attract a wide audience as compared to the 21st century. Therefore, it is clear that images play a pivotal role in reports to make them interesting.

In conclusion, I affirm my opinion that photographs in the media are the most important consideration which helps news agencies to increase their viewership and readability of published reports.