Should young children be encouraged to follow a strict set of rules based on cultural tradition or should they be allowed to behave freely? Discuss both and share your opinion.

Should young children be encouraged to follow a strict set of rules based on cultural tradition or should they be allowed to behave freely? Discuss both and share your opinion. 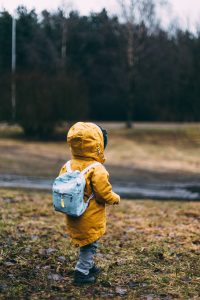 The level of freedom children are allotted varies from one culture to another. Among some, regimenting the behaviour of young children through strict traditional practice is thought to help them develop into skilled members of society. Others argue the removal of strict household regulations allows young people to develop a free, inquisitive and creative mind. Both points of view will be analyzed in this essay.
In one camp, raising children using a strict set of rules based on tradition is felt best. For instance, in Japanese society often young children are taught how to properly conduct themselves in all social situations, including the manner in which they address elders, give and receive gifts and ask for favours. As a result, Japanese society and the Japanese people are world renowned for their protocol, courtesy, attention to detail and charm. As these are very positive qualities, it is clear that many benefits arise from the employment of a rigid parenting style.
On the other hand, however, many feel providing young people with freedom fuels their appetite for creativity. American society, for example, is often mocked for its somewhat lax parenting structure. Yet despite this, the United States was and continues to be home to the creation of some of the world’s most revolutionary products. Thus, it is clear that freer parenting models pose numerous benefits.
After looking at both sides of this debate, I feel that a balance between protocol and free parenting structures should be sought after by guardians in the twenty-first century. I expect this recipe to become more prevalent in the years to come.