Some people feel raising the age limit required for obtaining a driver’s licence can enhance road safety. Would this be an effective strategy in your country?

Some people feel raising the age limit required for obtaining a driver’s licence can enhance road safety. Would this be an effective strategy in your country? 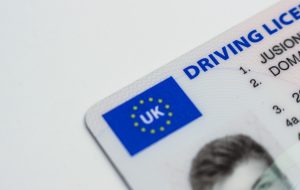 The age at which a person is legally able to drive is a very important consideration. In my home country of Canada, successful test takers can drive independently at the age of 16, an age that I feel is too young. I thus agree that raising the driving age limit in my country would enhance road safety. To prove this, I will look at a driver’s maturity and the motivators behind their decision to drive.

Firstly, the experimental nature of the adolescent growth stage makes it a dangerous time at which to drive. Adolescent men, for example, are scientifically reported to have heightened levels of aggression, a trait that statistically diminishes by the time they are 20 years old. Thus, removing people prone to these more immature emotions can clearly have real ramifications on the overall safety of driving in Canada. Increasing the driving age should, therefore, be supported.

This position is further exemplified when looking at motivators behind a person’s decision to drive. For 16-year-olds in Canada, these motivators tend to be social in nature, such as using a car to meet friends. Although many would argue this is a sign of healthy social development in a human being, it is a driving arrangement that sets up scenarios that can be very distracting for an inexperienced driver. In Canada, for example, traffic accidents are reportedly higher among 16 to 18-year-olds travelling in cars with several passengers. Because motivators become less social as a person enters their twenties, these statistics suggest Canadian roads would be safer where the age limit of drivers raised and their motivations for driving evolved.

As the above shows, raising the age at which a person can drive would increase the safety of roads in my country. It is my hope that Canada does indeed take steps to put this new restriction on driving in place