Some people focus on national news, while others think it is more important to be aware of international news. Discuss both views and offer your opinion.

Some people focus on national news, while others think it is more important to be aware of international news. Discuss both views and offer your opinion. 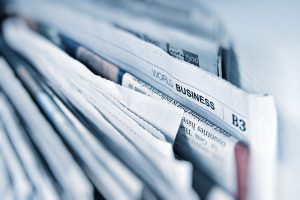 Most would argue a basic understanding of events at both a national and international level is important. Whether one is more important than the other, however, is difficult to say. Both opinions will be analysed in this essay before a reasoned conclusion is drawn.
On one hand, many people believe their nation’s interior issues should take reporting precedence over exterior ones. For example, elderly people in Canada, who tend to travel less than their younger counterparts, often focus on local news issues. The reason for this is that these domestic stories apply more directly to day to day life in Canada, and this is an area of news Canada’s elderly people are interested in. As this example shows, it is understandable why some people focus their attention more on national news reports than international ones.
However, on the other hand, others feel thoroughly understanding international events is more important than focusing on local news. People who typically share this point of view usually defend it by arguing that as cultures, economies and borders blur, a proper understanding of the world is necessary to retain competitiveness. Young people, such as university students, act as good examples here as their lifestyles employ more foreign travel and thus require a working knowledge of developments on the global stage. Thus, it is understandable why this point of view has garnered support.
After analysing all sides of the above debate, I agree that being equally versed in both national and international news is important. Thus, it is clearly impossible to state that one of these reporting types is better than the other.