Some people say that too much attention and too many resources are given in the protection of wild animals and birds. Do you agree or disagree about this opinion?

Some people say that too much attention and too many resources are given for the protection of wild animals and birds. Do you agree or disagree with this opinion? 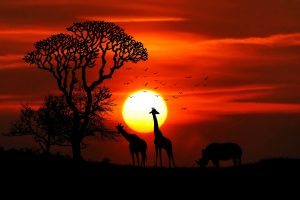 The protection of wildlife has become a frequent subject of debate with strong arguments for and against. Personally, I believe that humans are paying too much attention and allocating too many resources to this issue, as will now be explained.

Firstly, if we allow any species to disappear, this is actually not a disaster. Some people may argue that the biology will be seriously affected if birds and wild animals are on the verge of extinction, but this is an exaggeration. Fossil evidence suggests that the mass disappearance of the dinosaur did not cause any harm to other species on the Earth but merely triggered the emergence of others such as the mammal. Therefore, we should not devote too much attention to the protection of wildlife.

Secondly, public money is limited. This means that the national budget should be allocated to more urgent issues rather than expanding too much in the conservation of wild animals and birds. For example, more resources should be diverted to medical research to find out remedies for fatal diseases such as HIV and cancer, which may help to save thousands of lives in society.

Finally, the government can simply protect wildlife by continuing campaigns to raise public awareness of the protection of wildlife habitats or impose stricter punishments on activities that may harm wild animals. Any individual who hunts wildlife for food or for pleasure should be given a heavy fine, and this may discourage them from threatening the life of wild animals. In conclusion, while I do not refute the argument for the conservation of wildlife, I believe that it should attract less attention and fewer resources from the public.