The Charts below show the average percentages for Typical meals of three types of nutrients, all of which may be unhealthy if eaten too much.

The Charts below show the average percentages for Typical meals of three types of nutrients, all of which may be unhealthy if eaten too much. 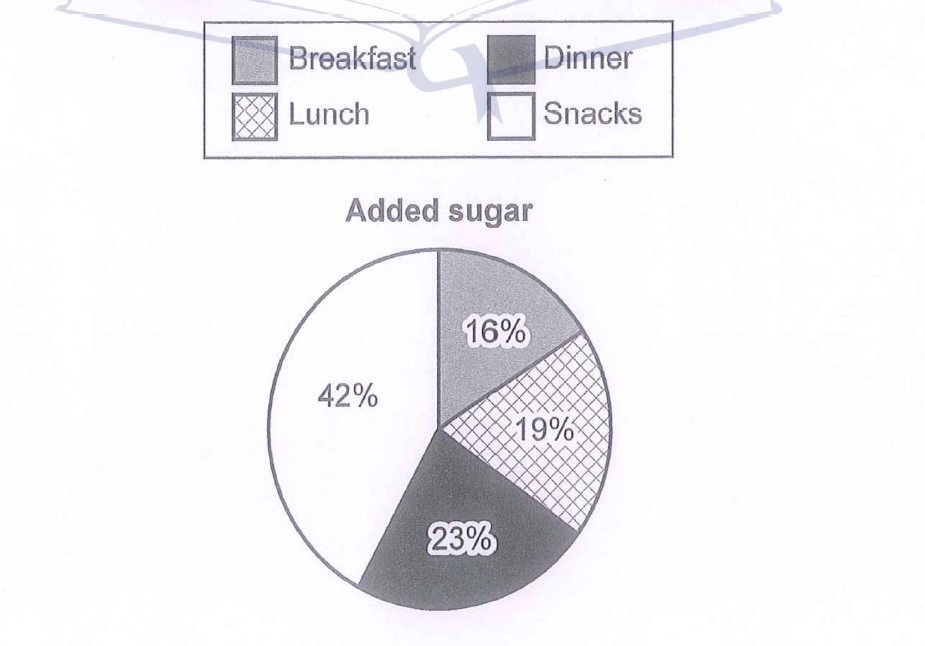 The given figures represent the averaged percentage composition of three different nutrients, along with the extent of damage they can produce when combined together and consumed. The data representation is for people of the United States of America.

It is clearly visible from the pie charts, that breakfast is the healthiest meal of all the rest combined. Only 14% of fat, whereas, slightly higher sugar, as well as sodium content, is consumed in equal percentages, during the morning time. On the contrary, the values almost double for salt content and the fats, as the Lunchtime is approached. Sweetness in the food has a slight increase.

The snacks represent the most alarming results. It is seen that almost half of the total percentage of people prefer sugary foods, with 21 per cent eating fattening content, however, very less salty eatables in comparison to sugary counterparts. Dinner, on the other hand, has 43% of sodium-rich foods, which is just 6 per cent more than the fatty ones. Interestingly, sweet items are at almost one-fifth of the total.

To conclude, it is evident that foods consumed during evening time pose as the most devastating in terms of health concerns, whereas snacks are mostly consumed sweet, leaving breakfast as the healthiest choice.