Tourism is an excellent tool through which a country can develop. However, certain side effects of tourism can be harmful. How can countries curb the damaging effects of a growing tourism industry?

Tourism is an excellent tool through which a country can develop. However, certain side effects of tourism can be harmful. How can countries curb the damaging effects of a growing tourism industry? 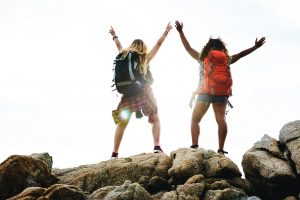 It is well known that tourism industry brings tremendous benefits to a country’s development. In fact, for many citizens of some exotic realms it may be one of the major sources of income. Unfortunately, despite of the obvious positive aspects, there some drawbacks present as well. It is agreed that growing tourism sector poses a threat to a region’s natural and cultural resources, as well as begets increased crime rates. To tackle these issues, the positive solutions of government issuing severe fines for littering and introducing more police patrol to the streets will be analyzed for viability in this essay.

For one, to address the problem of travelers damaging the flora and fauna of the county they visit, it’s administration could have imposed strict penalties for polluting resources such water supply, beaches, coral reefs, heritage sites and others. The effect of this can be seen in Stockholm, for example, where acknowledgment that city can fire you $1500 for throwing a garbage have impounded people with penchant for littering significantly. Thus it can be clearly seen from this example that imposition of such fines may help restrain tourists from tossing their trash wherever they please.

Further, additional security forces could be brought to popular crowded sights visited by many vacationers to crack down on criminal activity increase. For instance, during peak times of Olympic games in London, 2012, the number of police on duty had been increased five fold. This, and draconian powers granted to law enforcement, boosted security in capital and helped to make the Games safe and secure for both visitors of metropolis and it’s townsmen. As this example shows, the conventional wisdom concerning the relationship between police numbers and crime has been proven true. Therefore authority should be encouraged to allocate more police resources to the places visited by sightseers.

After looking at potential resolutions to the complications associated with growing tourism industry, it is felt that establishing harsh punishment for damages caused to the nature and bringing more police to the places of interest can provide plausible remedies. It is thus hoped that the solutions