In schools and universities, girls tend to choose arts while boys like science. What are the reasons for this trend and do you think this tendency should be changed?

In schools and universities, girls tend to choose arts while boys like science. What are the reasons for this trend and do you think this tendency should be changed? 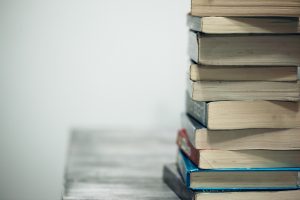 It is undeniable that scientific domains of study seem to be preferred by schoolboys whilst schoolgirls are inclined to show fancy for ones related to arts. From my perspective, several reasons could explain this tendency and it should undergo a change.

There are two main causes responsible for the difference in subject selections between boys and girls. First and foremost, it derives from natural strengths of each gender. It is an inescapable fact various male students are better at rational and logical thinking in science; hence, they reveal preference for mathematical and physical realms while the other sex may be more emotional and sensitive to have advantages in perceiving arts or languages. Equally importantly, the traditional belief is another contributing factor deciding that divergence. In fact, a number of parents orientate their girls towards the choice of artistic fields to become elegant and their sons to pursue science subjects for their future career.

I believe that there is a necessity to change the aforementioned trend. Both male and female children should be encouraged to find the right balance between arts and science subjects. Several scientific studies prove that learning arts could boost children’s creativity and imagination power, enabling them to get insight into scientific subjects with greater efficiency; meanwhile, majors namely math or physics also generate opportunities for female learners to develop their left brain and enhance problem solving competences. Furthermore, as regards numerous female students who have a flair for math and engineering, forcing them to specialize in artistic scopes may produce counterproductive outcomes. This compulsion is likely to cause resentment and negative attitudes towards their study, followed by low levels of academic performance.

To conclude, that girls prefer arts but boys tend to choose science subjects for education could be justified for several above-mentioned reasons. Nonetheless, I argue for a change of this situation.