Some people think that in order to prevent illness and disease, governments should make efforts in reducing environmental pollution and housing problems. To what extent do you agree or disagree with this statement?

Some people think that in order to prevent illness and disease, governments should make efforts in reducing environmental pollution and housing problems. To what extent do you agree or disagree with this statement? 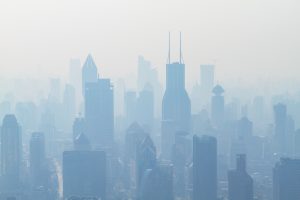 The prevention of illness and diseases is a challenging problem for any community. Although many people may be skeptical about the effectiveness of an investment in improving the environment and providing more housing for the public, I believe that it is a good solution to the issue, as will now be discussed.

On the one hand, ameliorating environmental contamination can hinder the spread of diseases and illness. Today, people’s health is deteriorating due to the adverse effects of poor air quality, making us more vulnerable to viruses and health problems. A number of urban citizens suffer from lung cancer and throat cancer due to the dangerous level of exhaust emissions from traffic and industrial activities in many big cities such as Beijing and Hanoi. Therefore, improving the environment should be treated as the top priority among other concerns of the government. For example, an outright ban on the use of private vehicles can decrease the number of harmful fumes released into the atmosphere, contributing to the clean-up of the environment.

On the other hand, the provision of more accommodation for the public is also a highly effective measure to reduce health risks. Many people are still homeless in society while many others have to live in slums under poor living conditions with poor access to medical services when they are sick. This triggers the rise of endemic diseases such as malaria in society, putting the lives of other citizens in jeopardy. By providing more social apartments of affordable prices and incentives for the poor, the government would not only mitigate the dearth of housing but also prevent disease and illness effectively at an early stage.

In conclusion, it is my belief that environmental pollution and lack of housing are root causes of the proliferation of illnesses and diseases in society, requiring the government to take actions to tackle the problem.